”Faith is the bird that feels the light and sings when the dawn is still dark”.

30. A new centrally sponsored scheme, PM AtmaNirbhar Swasth Bharat Yojana, will be launched with an outlay of about  ` 64,180 crores over 6 years. This will develop capacities of primary, secondary, and tertiary care Health Systems, strengthen existing national institutions, and create new institutions, to cater to detection and cure of new and emerging diseases. This will be in addition to the National Health Mission. The main interventions under the scheme are:

31. To strengthen nutritional content, delivery, outreach, and outcome, we will merge the Supplementary Nutrition Programme and the Poshan Abhiyan and launch the Mission Poshan 2.0. We shall adopt an intensified strategy to improve nutritional outcomes across 112 Aspirational Districts.

34. For further swachhta of urban India, we intend to focus on complete faecal sludge management and waste water treatment, source segregation of garbage, reduction in single-use plastic, reduction in air pollution by effectively managing waste from construction-and-demolition activities and bio-remediation of all legacy dump sites. The Urban Swachh Bharat Mission 2.0 will be implemented with a total financial allocation of `1,41,678 crores over a period of 5 years from 2021-2026.

35. To tackle the burgeoning problem ofair pollution, I propose to provide an amount of `2,217 crores for 42 urban centres with a million-plus population in this budget.

36. We are separately announcing a voluntary vehicle scrapping policy, to phase out old and unfit vehicles. This will help in encouraging fuelefficient, environment friendly vehicles, thereby reducing vehicular pollution and oil import bill.  Vehicles would undergo fitness tests in automated fitness centres after 20 years in case of personal vehicles, and after 15 years in case of commercial vehicles. Details of the scheme will be separately shared by the Ministry.

2. Physical and Financial Capital and Infrastructure

40. For a USD 5 trillion economy, our manufacturing sector has to grow in double digits on a sustained basis. Our manufacturing companies need to become an integral part of global supply chains, possess core competence and cutting-edge technology. To achieve all of the above, PLI schemes to create manufacturing global champions for an AtmaNirbhar Bharat have been announced for 13 sectors.  For this, the government has committed nearly `1.97 lakh crores, over 5 years starting FY 2021-22. This initiative will help bring scale and size in key sectors, create and nurture global champions and provide jobs to our youth.

41. To enable the textile industry to become globally competitive, attract large investments and boost employment generation, a scheme of Mega Investment Textiles Parks (MITRA) will be launched in addition to the PLI scheme. This will create world class infrastructure with plug and play facilities to enable create global champions in exports. 7 Textile Parks will be established over 3 years.

Pariyojana project of which 3,800 kms have been constructed. By March 2022, we would be awarding another 8,500 kms and complete an additional 11,000 kms of national highway corridors.

`25,000 crores including upgradation of existing road-Kolkata –

67. Our government has kept fuel supplies running across the country without interruption during the COVID-19 lockdown period. Taking note of the crucial nature of this sector in people’s lives, the following key initiatives are being announced:

74. I propose to amend the Insurance Act, 1938 to increase the permissible FDI limit from 49% to 74% in Insurance Companies and allow foreign ownership and control with safeguards. Under the new structure, the majority of Directors on the Board and key management persons would be resident Indians, with at least 50% of Directors being Independent Directors, and specified percentage of profits being retained as general reserve.

Stressed Asset Resolution by setting up a New Structure

75. The high level of provisioning by public sector banks of their stressed assets calls for measures to clean up the bank books.  An Asset Reconstruction Company Limited and Asset Management Company would be set up to consolidate and take over the existing  stressed debt and then manage and dispose of the assets to Alternate Investment Funds and other potential investors for eventual value realization.

76. To further consolidate the financial capacity of PSBs, further recapitalization of `20,000 crores is proposed in 2021-22.

95. Honourable Speaker Sir, under this pillar, I will cover Agriculture and Allied sectors, farmers’ welfare and rural India, migrant workers and labour, and financial inclusion.

I would, now, move to Part B of my speech.

A King/Ruler is the one who creates and acquires wealth, protects and distributes it for common good.

Setting up the Dispute Resolution Committee

160. When Non-Resident Indians return to India, they have issues with respect to their accrued incomes in their foreign retirement accounts. This is usually due to a mismatch in taxation periods.  They also face difficulties in getting credit for Indian taxes in foreign jurisdictions. I propose to notify rules for removing their hardship of double taxation.

161. Currently, if your turnover exceeds  `1 crore, you have to get your accounts audited. In the February 2020 Budget, I had increased the limit for tax audit to  `5 crore for those who carry out 95% of their transactions digitally. To further incentivise digital transactions and reduce compliance burden, I propose to increase this limit for tax audit for such persons from  `5 crore to  `10 crore.

162. In the previous Budget, I had abolished the Dividend Distribution Tax (DDT) in order to incentivise investment. Dividend was made taxable in the hands of shareholders. Now, in order to provide ease of compliance, I propose to make dividend payment to REIT/ InvIT exempt from TDS. Further, as the amount of dividend income cannot be estimated correctly by the shareholders for paying advance tax, I propose to provide that advance tax liability on dividend income shall arise only after the declaration/payment of dividend. Also, for Foreign Portfolio Investors, I propose to enable deduction of tax on dividend income at lower treaty rate.

168. As I mentioned in Part A of this speech, the Government is committed to make the International Financial Services Centre (IFSC) in GIFT City a global financial hub. In addition to the tax incentives already provided, I propose to include, among others, tax holiday for capital gains for aircraft leasing companies, tax exemption for aircraft lease rentals paid to foreign lessors; tax incentive for relocating foreign funds in the IFSC; and to  allow tax exemption to the investment division of foreign banks located in IFSC.

170. We hope to reduce compliance burden on small  charitable trusts running  educational institutions and hospitals. So far, there is a blanket exemption to such entities, whose annual receipt does not exceed   `1 crore. I now propose to increase this amount to  `5 crore.

174. Before I come to my Indirect Tax proposals, I would like to appraise the House on GST. The GST is now four years old, and we have taken several measures to further simplify it. Some of the measures include:

The capacity of GSTN system has also been enhanced.  We have also deployed deep analytics and Artificial Intelligence to identify tax evaders and fake billers and launched special drives against them.

179. Domestic electronic manufacturing has grown rapidly. We are now exporting items like mobiles and chargers. For greater domestic value addition, we are withdrawing a few exemptions on parts of chargers and sub-parts of mobiles. Further, some parts of mobiles will move from ‘nil’ rate to a moderate 2.5%.

180. MSMEs and other user industries have been severely hit by a recent sharp rise in iron and steel prices.  Therefore, we are reducing Customs duty uniformly to 7.5% on semis, flat, and long products of non-alloy, alloy, and stainless steels. To provide relief to metal re-cyclers, mostly MSMEs, I am exempting duty on steel scrap for a period up to 31st March, 2022.  Further, I am also revoking ADD and CVD on certain steel products. Also, to provide relief to copper recyclers, I am reducing duty on copper scrap from 5% to 2.5%.

181. The Textiles Sector generates employment and contributes significantly to the economy. There is a need to rationalize duties on raw material inputs to manmade textiles.  We are now bringing nylon chain on par with polyester and other man-made fibers. We are uniformly reducing the BCD rates on caprolactam, nylon chips and nylon fiber & yarn to 5%.

182. We have calibrated customs duty rates on chemicals to encourage domestic value addition and to remove inversions.  Apart from other items, we are reducing customs duty on Naptha to 2.5% to correct inversion.

183. Gold and silver presently attract a basic customs duty of 12.5%. Since the duty was raised from 10% in July 2019, prices of precious metals have risen sharply. To bring it closer to previous levels, we are rationalizing custom duty on gold and silver.

184. In Part A, we have already acknowledged that solar energy has huge promise for India. To build up domestic capacity, we will notify a phased manufacturing plan for solar cells and solar panels. At present, to encourage domestic production, we are raising duty on solar invertors from 5% to 20%, and on solar lanterns from 5% to 15%.

185. There is immense potential in manufacturing heavy capital equipment domestically. We will comprehensively review the rate structure in due course. However, we are revising duty rates on certain items immediately.  We propose to withdraw exemptions on tunnel boring machine. It will attract a customs duty of 7.5%; and its parts a duty of 2.5%. We are raising customs duty on certain auto parts to 15% to bring them on par with general rate on auto parts.

186. We are proposing certain changes to benefit MSMEs. We are increasing duty from 10% to 15% on steel screws and plastic builder wares. On prawn feed we increase it from 5% to 15%. We are rationalizing exemption on import of duty-free items as an incentive to exporters of garments, leather, and handicraft items. Almost all these items are made domestically by our MSMEs. We are withdrawing exemption on imports of certain kind of leathers as they are domestically produced in good quantity and quality, mostly by MSMEs. We are also raising customs duty on finished synthetic gem stones to encourage their domestic processing.

Rationalization of Procedures and Easing of Compliance

Annex to Part A of Budget Speech

Initiatives on Education as part of NEP

Annex to Part B of Budget Speech

ANNEXURE TO THE BUDGET SPEECH A. LEGISLATIVE CHANGES IN CUSTOMS AND CENTRAL EXCISE:

The Customs (Import of Goods at Concessional Rate of Duty) Rules, 2017 [IGCR] are being made so as a trade facilitation measure to allow:

* Also, to attract Agriculture Infrastructure and development Cess at the rate of 5%

* Also, to attract Agriculture Infrastructure and development Cess at the rate of 2.5%

4.   BCD rates has been reduced on following items with imposition of Agriculture Infrastructure and Development Cess on these so that overall consumer does not bear additional burden on most of the items. The revised rate of basic customs duty on such items shall be as follows:

An Agriculture Infrastructure and Development Cess has been proposed on specified goods, as below:

For basic customs duty rates on these items refer to part B. Overall there would be no additional burden on the consumer on most of these items.

An agriculture Infrastructure and Development Cess (AIDC) of ` 2.5 per litre has been imposed on petrol and ` 4 per litre on diesel. For other duties and cess, as revised, consequent to imposition of AIDC) on these items refer to part B. Overall there would be no additional burden on the consumer.

Certain changes have been in the CGST Act and the IGST Act on the basis of recommendations made by the GST Council. These changes will come into effect from the date when the same will be notified, as far as possible, concurrently with the corresponding amendments to the similar Acts passed by the States & Union territories with legislature.

These includes measures for

H. There are few other changes of minor nature. For details of the budget proposals, the Explanatory Memorandum and other relevant budget documents may be referred to. 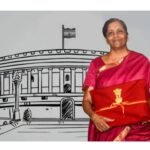 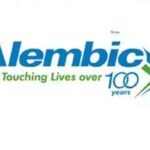