Indian equity benchmarks the Sensex and the Nifty ended in the green on August 23 after a see-saw trade.

The Nifty formed a negative candle with a minor lower shadow. This pattern indicates a lack of strength at higher levels.

Though the Sensex and the Nifty closed higher, the overall market breadth was negative and the second-rung mid and smallcap indices underperformed. Experts point out that this is not a good sign as it reflects an inherent weakness in the market.

The BSE Midcap and smallcap indices closed with losses of 0.90 percent and 1.55 percent, respectively.

“With weak inherent strength, the Nifty is unlikely to rally above the recent all-time high of 16,701.85 in the near term and the lower area of 16,250-16,400 could act as crucial support for the market in the short term. Hence, one may expect a range bound movement in the next few sessions. Immediate resistance is placed at 16,580,” said Nagaraj Shetti, a technical research analyst at HDFC Securities.

We have collated 15 data points to help you spot profitable trades:

Key support and resistance levels on the Nifty

Maximum Call open interest of 55 lakh contracts was seen at 16,600 strike, which will act as a crucial resistance level in the August series.

Maximum Put open interest of 44.3 lakh contracts was seen at 16,000 strike, which will act as a crucial support level in the August series.

Stocks with a high delivery percentage

A high delivery percentage suggests that investors are showing interest in these stocks.

An increase in open interest, along with a decrease in price, mostly indicates a build-up of short positions. Based on the open interest future percentage, here are the top 10 stocks in which a short build-up was seen.

Sical Logistics: The fifth meeting of the committee of creditors has been scheduled for August 25 through video conferencing.

Nandan Denim: Brickworks Ratings India has revised the outlook of the rating of long-term facilities of the company.

Eicher Motors: Siddhartha Lal has been reappointed as managing director of the company with effect from May 1, 2021.

NR Agarwal Industries: Production at Unit 2 (writing and printing) of the company has been temporarily shut down due to the lack of market orders.

Stocks under F&O ban on NSE

Four stocks – Canara Bank, Vodafone Idea, NMDC and Sun TV Network – are under the F&O ban for August 24. Securities in the ban period under the F&O segment include companies in which the security has crossed 95 percent of the market-wide position limit 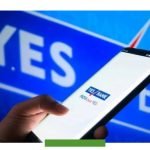 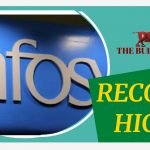