Exporters across the country are facing a shortage of containers along with the rise in freight charges which is affecting business activities. To overcome these challenges, the pharma industry is urging the government to resolve the issue on a priority.

Reportedly, exporters are facing 50-60 per cent hike in freight charges, which is affecting the business significantly. Recently, the Pharmexcil communicated to its members that they are in receipt of a communication from the Logistics Division of the Commerce Department informing that the division has several representations regarding the shortage of empty containers for exports. The Division has interacted with the Container Shipping Lines Association (CSLA) and the stakeholders on the subject matter. It is, therefore, requested that the industry should give the projection of the requirements of containers for the next two months.

According to an industry source, the Ministry of Shipping has informed that there are huge chunks of unclaimed containers lying at the docks unclaimed for months, which is also resulting in the shortage of containers.

To deal with the situation, Piyush Goyal, Commerce and Industry Minister, has requested Mansukh L Mandaviya, Minister of State for Road Transport and Highways, Shipping and Chemicals and Fertilizers to auction such cargo and also invite non-cartel shipping lines to give preferential berthing to cartelised lines who have berths leading to 40-60 per cent increase in freight, which will increase competition, lessen monopoly in the market and ultimately benefit the exporters.

Responding to this, Dr Dinesh Dua, Chairman, Pharmexcil, said, “If the Ministry of Shipping can break the cartel of shipping lines who have increased freight charges by 49-60 per cent by inviting other shipping lines who do not have berthing space to get preferential space and their rates are reasonable it’ll do a world of good to all exporters, including pharma.”

Expressing concerns, Nipun Jain, Chairman, Small and Medium Pharma Manufacturers Association (SMPMA) commented, “There is a need for the higher authorities to intervene in this matter, as the shortage of containers and increase in freight charges are not only affecting the pharma industry in India but our pharma products supply which goes to nearly 200 plus countries, is also likely to have a severe impact due to this hurdle. We are facing back to back challenges, which is ultimately slowing down the growth momentum of the Indian pharma industry. Therefore, we urge the authority to take up this matter on a priority.”

He elaborated, “Because of this, there are efforts to even get paid empty containers into India, which will certainly add to the cost of freight in exports.  Already the carriers have indicated that the freight will go up substantially in the coming months. For example, a 20Ft container with a freight cost of $628 to Tanzania is likely to be revised to $1200 from December 1, 2020. Same way, the freight to Ghana for a 20Ft container costing $1987 is likely to be increased to $3943 from December 1, 2020. Therefore, the increase in freight will certainly result in reducing the margins for exporters.”

Anwar Daud, MD, Zim Laboratories informed, “There is an acute shortage of containers. It is partly due to the tendency of exporters including pharma to ensure security and safe passage of their smaller (LCL) consignments also by dispatching them in full, sealed containers. Receipt of goods is damaged or partly missing condition has been more frequently noticed due to mishandling in transit during COVID-19 and exporters have found that exports in full containers reduce human handling and errors.”

He added that Central India has huge seasonal exports of rice, oranges, etc. and the post-harvest grain and fruit export season has picked up, which is causing further pressure on containers.” 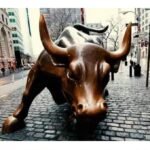 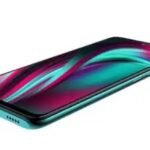