India’s first comprehensive report on the impact of delayed payments on MSMEs was presented to Mr. Narayan Rane, Honorable Minister of MSME Govt. of India in his office today. The report titled Payment On Time; Growth Har Time written by Global Alliance for Mass Entrepreneurship (GAME) and Dun & Bradstreet (D&B) India, estimates that INR 10.7 Lakh Crore, i.e., about 6% of the Gross Value Added (GVA) of Indian businesses, is locked up annually as delayed payments due from buyers to MSME suppliers. The Report is the first of its kind to comprehensively uncover the issue of delayed payments and looks into the impact of this practice on the MSMEs’ survival and growth, supply chains and the overall economy.

The Report draws from both public and proprietary datasets as well as original qualitative research conducted among micro and small businesses and was supported by Omidyar Network India (ONI).

Highlighting the key role of MSMEs in powering the Indian economy to its $5 trillion dollar future, Narayan Rane said, “Delayed payments from buyers weaken the MSME suppliers and impede their growth. The government has been implementing a series of interventions to address this problem. At the same time, given the complexity of the problem, a lasting solution will need all stakeholders- the buyers, solution providers and MSMEs -to come together to address it.”

“50% of our growing economy is expected to come from MSMEs. Today, an enormous amount of capital is locked up in the form of delayed payments from buyers to MSME suppliers. Cash-strapped MSMEs are driven to use up their limited resources on chasing collections instead of being able to invest in business development. Often, they are are forced to borrow at high interest rates to offset their cash flow deficit, making the situation even more worrisome. We must strive for fairer and ethical business practices. Prompt payment to MSME figures on top of that agenda” said, BB Swain.

“We have a number of well-calibrated initiatives in place including the Samadhaan portal as the government is committed to solving the problem of Delayed Payments.
Being driven by data insights and informed by experiences of the MSMEs on the ground will add significant strength to the concerted efforts and I hope the Report brought out by GAME and D&B will be valuable in this regard,” said Shailesh Kumar Singh.

“Intentionally delayed payments by large buyers to small and medium businesses is a very serious issue. It is fundamentally the consequence of the asymmetry of bargaining power between small firms and large buyers and results in a transfer of capital from cash-strapped small and medium businesses to large corporations.  Not only is this unjust and exploitative, it also has a major economic impact by depressing the productivity and competitiveness of India’s MSME sector which is our primary engine for job creation.   MSME’s lack voice and are resigned to live with this situation but it is imperative for leaders of industry and our political leadership to put an end to this exploitation and create a culture of fair and prompt payments”, said Ravi Venkatesan, Founder, GAME.
“Delayed payments are a significant impediment to the growth and competitiveness of MSMEs. While we had a sense of the overall impact of the problem, this study delves deeper into the problem and explores different nuances within the segment, which will aid policymakers and lenders develop differentiated solutions. There is an urgent need for collective action to solve delayed payments and it should be based on a profound understanding of its real impact on the economy,” said Dr. Arun Singh, Global Chief Economist, Dun and Bradstreet.
“The MSME role in the Indian Economy goes beyond financial numbers. Over 110 million people are employed by the sector, making its implications much larger and deeper on all spheres of economic activities. Besides estimating the problem and enumerating its broad level causes, the Report also outlines solutions that should take shape. We hope the ecosystem under governmental guidance and support can now move faster towards solving this huge problem,” said Dr. KP Krishnan. 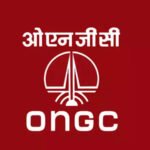 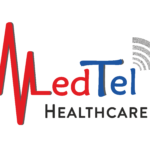