The move comes more than a year after the Enforcement Directorate attached Sandesara group’s assets worth over Rs 9,700 crore in Nigeria, which included oil rigs, an oil field, ships and aircraft. But the process is yet to start.

Mumbai: Lenders to Sandesara group, whose promoters have been absconding since group companies defaulted on loans worth Rs 15,600 crore, have appointed a legal counsel to file a suit in Nigeria in a bid to take charge of the group’s assets there.

Lenders, led by State Bank of India, are in the process of appointing a court receiver to take charge of the assets of the group’s Nigeria-based oil exploration firm Sterling Oil Exploration and Energy Production (Seepco), according to executives at two of the banks.

The move comes more than a year after the Enforcement Directorate attached Sandesara group’s assets worth over Rs 9,700 crore in Nigeria, which included oil rigs, an oil field, ships and aircraft. But the process is yet to start.

“Though banks have decided to file suit before Nigerian Court, filing is yet to be done,” Union Bank of India said in response to our queries. “It is under process. Suit filing in Nigeria by SBI and BOB (Bank of Baroda) is in process, and no timeline can be predicted at this point of time.” Union Bank of India has taken over Andhra Bank which had an exposure to the troubled group.

The lenders have authorised SBI and BoB as leaders to proceed with legal action to take charge of movable and immovable assets of Seepco, Nigeria.

Promoters of the group—Nitin Sandesara, Chetan Sandesara, Dipti Chetan Sandesara and Hitesh Patel—are accused of siphoning of loans taken by group companies that they defaulted on. Central Bureau of Investigation (CBI), Enforcement Directorate (ED) and the income-tax department are probing the case.

They have failed to meet the March 2020 deadline to pay the one-time settlement (OTS) of Rs 3,110 crore for Sterling Biotech, citing the Covid-19 pandemic and resultant lockdown, said the bank executives cited earlier.

Only a small portion of the OTS was paid upfront. The SBI-led consortium is now considering extending the deadline to December 2021, they said.

Union Bank of India said the lenders are yet to finalise their stand on extension of time for OTS payment and report the same to the Supreme Court.

State Bank of India did not respond to ET’s queries as of press time Wednesday.

September 2019, National Company Law Appellate Tribunal (NCLAT) had set aside a lower court order to liquidate debt-ridden Sterling Biotech, allowing its promoters to take back control of the company once they make full payment to the lenders.

Sukhpal Singh, a maritime and oil industry professional who has worked with one of the vendors of Sterling group in Nigeria, blamed banks for the delays.

“The PSU banks have been dragging their feet,” alleged Singh who has been pursuing the case closely with the banks. “I have been corresponding with them for the last one year on this matter, and have even written to the Reserve Bank of India and finance ministry to act on monetising Sterling’s Nigerian assets, through which they can recover majority of the loans, but there has been no action yet.”

The four promoters of the group have been absconding. Their political links have also been under the scanner. 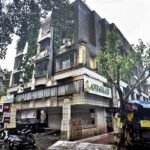 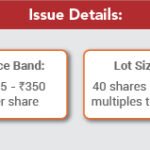